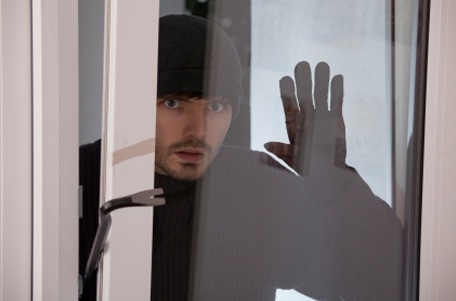 In addition to its main purpose – opening and closing the sash – modern window accessories have additional useful features, about which by far not everyone suspects. These include protection against braking windows. 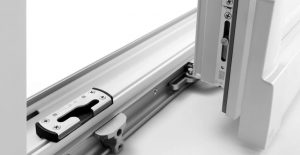 Even an experienced house-breaker can not easily get into the house through the window, if the owners have installed special elements that protect against unauthorized entry. Such anti-break fittings include screws, hook fasteners, handles with a lock, matching slats, and the like.

It is important to know that the anti-break fittings are easy to put on an already installed window, replacing or supplementing the old elements with anti-break elements.

In order to break the window with such details, it is necessary to apply considerable force (about 800 kg for one locking mechanism, which are many around the perimeter of the frame). As a result, the house-breaker will spend much more time opening the window and will definitely create a noise that attracts excessive attention. In the end, the legal offender either retreat, encountering an unexpected obstacle in the path, or increase the chance of being arrested by law enforcement agencies. 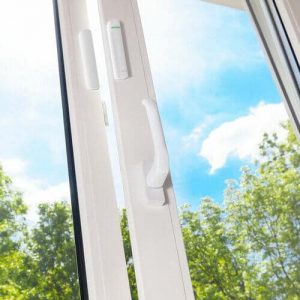 The current know-how guaranteeing the safety and energy conservation of windows is the so-called beds-of-nails. These are special magnetic sensors which are beds-of-nails; magnetic sensors on the windows play the role of security alarm or inform the host about the current state of the window. When attempting an unauthorized intrusion through the window, an alarm will be activated immediately. But the sensors will not work if a robber breaks the glass without breaking the sash.

Therefore, in order to protect the window glass from breaking, there are special shockproof and armored films. When there is pressure on the glass with the film, there appear cracks, but the fragments do not crumble, because they are held by the film itself. The house-breaker can try to squeeze the glass completely, and this will involve a considerable noise that attracts attention. 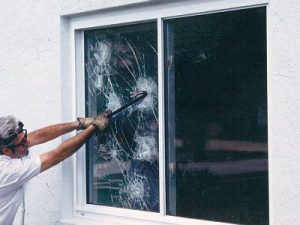 Thus, thanks to special films, the strength of the glass is increased many times and it is almost impossible to break it. No wonder the armored films are actively used by institutions, the activities of which are associated with an increased risk of unauthorized entry.

Well, wheather to install anti-break hardware, shock-proof glass or both is up to you to choose. But remember that these ways to secure your home work 100% only when there is an alarm in the room. Therefore, the security issue should be approached in a comprehensive manner.